No, thank u, next – The Saami are heavily burdened with Western science, so what?

Photo by Andrew Neel on Unsplash

A message pops into my email. It’s from France, from one of its numerous universities. In the e-mail, a graduate student asks if he could interview me for his Master’s thesis on my identity and asks me to recommend other Saami people whom he might contact. I don’t know the sender of the message. “He’s probably smart and nice. Perhaps the top of his class,” I think. Still, I formulate my response to him in a way that I have never before dared to respond to similar, regular, requests.

Professor emeritus of religious science Juha Pentikäinen stated in his book The Saami: The Mythology of the Northern People in 1995 that the Saami are among the world’s most researched peoples, together with the native peoples of the United States.

The Arctic and exotic Saami people have always attracted researchers, artists and explorers (Read also: Smile indigenous, you are being objectified).

The Saami appeared on the scene of history already in AD 98 through Tacitus and his book Germania.

The Saami have been told to strip naked in order to be photographed and measured. They have been taken blood samples for gene and other tests. Notes have been made about their family background, body length, eye and hair color, joints, bones, and many other physical and non-physical characteristics. Their indigenous spirituality was demolished, and their spiritual equipment was either destroyed or sent to museums in Europe for astonishment and examination.

Pentikäinen points out that the Saami people’s research fatigue began to show in the research field: the Saami became tired of researchers.

Not even death necessarily brought peace from science

For centuries, the Saami have been researched, inspired by ideologies and trends of the time, regardless of whether or not the Saami themselves have benefited from the findings.

In many cases, the studies have not only burdened the Saami communities, but have caused direct suffering and anxiety. These studies include the Saami racial hygiene studies and the excavations of Saami graves as examples of studies that have caused trauma to their subjects or relatives and have increased both mistrust and suspicion toward scholars.

The suspicion crops up every now and then like, for instance, in the hearing report on the Saami reconciliation process that was published in December 2018 by the Government of my native Finland.

According to the report, interestingly but not surprisingly, some Saami wouldn’t want researchers as commissioners of the Saami Truth and Reconciliation Commission. The reason for this is the experience of many Saami, according to which researchers primarily pursue their own interests.

According to a Saami legend, a Saami family includes not only a large family circle but also a researcher who tirelessly observes his exotically considered subject.

The joke no longer makes anybody smile.

The Saami fatigue is exhaustion caused by regular attempts to collect intimate data from the Saami for purposes that remain unclear for them.

“Nothing of us without us”

A new kind of wind began to blow into Saami research as the Saami themselves began to produce Saami research and, in accordance with indigenous methods, demanded ethical guidelines for Saami research. The emphasis was placed on the involvement and ownership and on ensuring that the information is beneficial to the Saami communities.

The disability movement’s slogan, “Nothing of us without us,” would aptly articulate a new attitude in working with indigenous peoples, or any minority.

The ethical guidelines for Saami research should concern everyone, regardless of the researcher’s ethnicity. The same principles would also benefit journalists and artists whose work closely resembles the researcher’s creative work.

The key points of the ethical guidelines for Saami research could be summarized as the following questions that every aspirant of Saami research should critically consider before starting to work:

If the need for a research arises out of personal curiosity toward the Saami people, the research may not benefit the community from which the material is collected.

Many will surely gasp when they hear that one of the principles of indigenous methodology is the benefit to indigenous peoples. Science belongs to everyone! Everyone can study whatever they want!

Sure, but yet another question is whether it’s worthwhile.

Groups of people who, due to their more fragile social status, have been subjected to abuse in the name of science, must today be treated with particular subtlety, and ask in particular: Is this research important?

Taking the baby steps in order to voice my agency

I reply to the email from France.

I’ll start with, “Thank you for your kind message.” I write that I agree to the interview, though I really don’t want to!

I don’t see any significance for myself or my community in the research and I don’t fully understand why my identity would be of interest to anyone. However, I formulate my message kindly so that the recipient is not offended. “Let’s be in touch and I hope all the best for your important research!”

I stare at my own reply in disbelief. What makes me, month after month and year after year, accept the requests from strangers to open up about very intimate matters? To surrender, perhaps to please?

I erase everything that seems to repeat something I want to get rid of. I start from the beginning, and when I’m done, I press the send button. The message reads:

”Thank you for your kind message. Unfortunately I see very little relevance in your study to me personally and my community. Please understand my refusal and don’t take it personally. I’m just tired. I’m tired of strangers who constantly approach my people for the sake of science. Kindly, Helga West.” 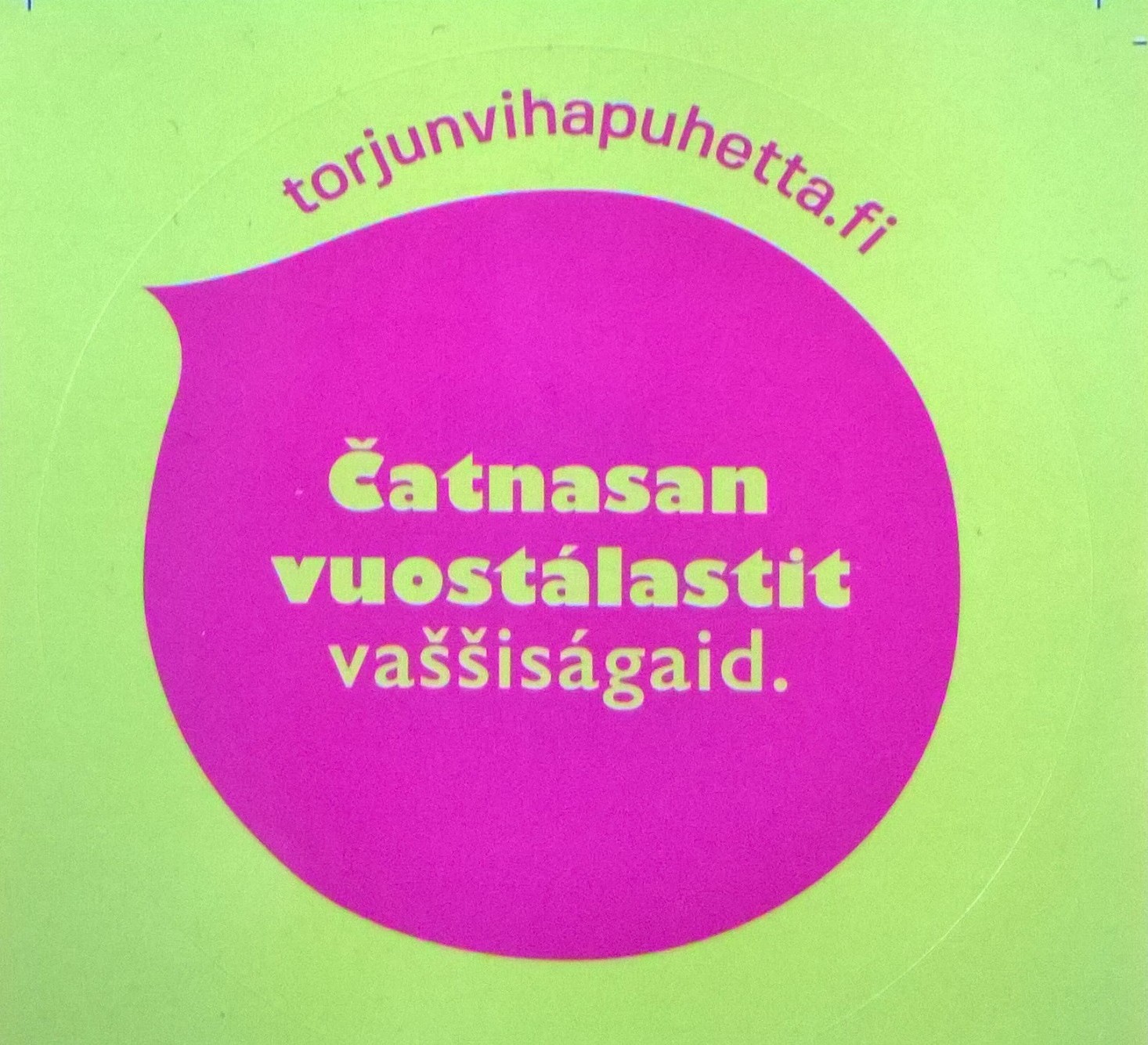